misogynists are not martyrs 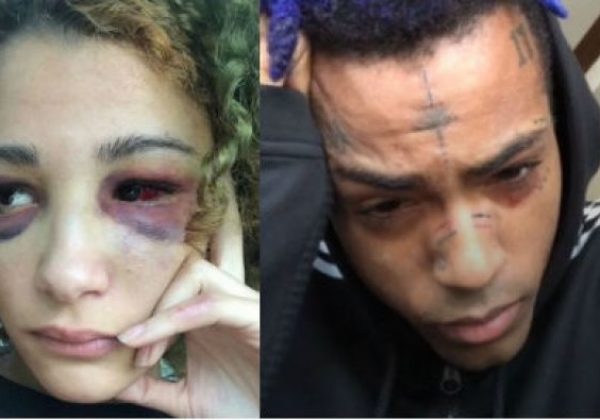 Jahseh Onfroy. By now, you know him as XXXTentacion.

Recently killed in an apparent robbery attempt. Also, an apparent member in the new-age cult of misogynoir and the adult male version of the He-Man Woman Haters’ Club.

In 2016, he was arrested on charges including home invasion for a 2015 incident, and less than 30 days later, detained again on charges of attacking Geneva Ayala, his pregnant girlfriend. He almost killed her. She sustained two fractures in her left eye socket, along with nose and jaw fractures. Her optical nerve and eye were damaged. She lost sensation in the left side of her face, could neither feel her upper lip on the left side, nor her upper teeth on that same. Her vision diminished as the days came and went. She needed surgery.

Pardon me for not lamenting the death of

[Black] woman-hating, low-life, domestic abusers. Pass. For all I care, this ingrate can get his ass beat daily in the after-life.

Oh, he was homophobic, too. While in a juvenile detention center, he almost killed his cellmate because the guy was looking at him and he “thought he was gay”. He seemed to gleefully recount the near-death experience of his victim in an interview: “So I’m like strangling him, and he’s like leaking, leaking, leaking type shit, and I’m strangling him so he doesn’t scream. Don’t think I’m trying to be cliché or a fucking weirdo when I say this, but I was going crazy. Like, I smear his blood on my face, in my hands, I got it in my nails, bro, I had it all over me.”

While I don’t wish death on anyone, I have better ways to utilize my energy than mourning “men” who violate women and non-hetero people.

But, you know. The internet came to his rescue, offering commiserations and condolences. Black males (and of the celebrity ilk) have been online praising him as their “inspiration”.

“I never told you how much you inspired me when you were here,” Kanye tweeted. Counteractively, he recently released an album with a track entitled “Violent Crimes”, where he raps:

“Niggas is savage, niggas is monsters
Niggas is pimps, niggas is players
‘Til niggas have daughters, now they precautious
Father, forgive me, I’m scared of the karma
‘Cause now I see women as somethin’ to nurture
Not somethin’ to conquer”

I guess the victim has to be one of his biological daughters.

Diddy expressed his sympathy by posting a photo of the two together laughing, with the caption, “REST IN PEACE YOUNG KING.” Except nothing about XXXAbomination was stately or magnanimous.

“We must support his legacy,” proffered Lil Yachty.

Legacy of what—terrorizing women and committing crimes against humanity? This dude is no martyr.

Sounds like the ones lifting him up loathe women just as much as he did. This sort of adulation is akin to me aspiring to be a physician and Josef Mengele being my inspiration.

Knock it TF off. Seriously. These n—– don’t have Google? How about they try using it to Google some better “inspiration”.

It’s disheartening, but more importantly, it’s irresponsible AF and propagates the pervasive message that [Black] men’s’ lives are more revered than women’s. Even though Black women face disproportionately higher rates of intimate partner violence, rape and homicide—more than any other group.

Most of the time when a woman claims she was assaulted, people want to see photo-documentation, an actual damn documentary, question why she was where she was at that time, inquire on the nature of her attire, interrogate her on what she did to receive such vile treatment, need a witness statement and a friggin’ congressional hearing on the matter.

But let a man come under scrutiny for perpetuating any sort of violence against a woman. Oh, he’s “guilty until proven innocent” in the court of public opinion. He is supported by willfully misguided folk with double-standards surrounding gender who are quick to believe him.

I’m here to let you know. No one’s art trumps who they are at the core—ESPECIALLY if that includes actions that violate or harm women or children in ANY way. And I will never apologize for my stance on that.

Looks like xxx’s karma ripened well before he could neutralize it. And quite honestly, I doubt he had any remorse in the first place.

So, yeah, I’m good on grieving the death of someone who made it his lot in his short stint on earth to unapologetically snuff the life out of others.

Excuse TF outta me if I’d rather expend my energy taking a nap.