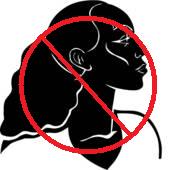 I joined Shoot 2 Win (S2W) in May. It’s a National African American Gun Association (NAAGA)-affiliated club, based out of Charlotte, North Carolina. I have experience with firearms and signed up to attend a Pistol I Class. On the day of this event, the president of S2W, Robin “Unc” Austin (also a Mecklenburg County Sheriff’s Deputy) seemed professional enough and invested in the instruction he provided. Though I did experience a prior hiccup related to misinformation he disseminated about materials needed for the class, I didn’t hold that against him.

Austin conducts sessions he refers to as “Gundamentals” weekly on Instagram. I joined a live session on June 18. In this segment, the topics covered included home defense, what to do in the event of a home invasion and action aftermath in incidents where a firearm is discharged.

During the talk, I asked if justifiable homicide could be invoked if someone broke into a home and the resident felt imminently threatened and defended themselves using a firearm. This was not a scenario of a perpetrator entering a home, stealing property, then exiting as the homeowner shoots them. This was a “what if” that many people (unfortunately) have been casualties of–a serious threat in their homes where the perpetrator is a stranger, unexpected, uninvited and does not have a key, i.e., does not live in the home. As a woman, I worry about sexual assault. And in a state that upholds castle doctrine and stand your ground laws, the invocation of justifiable homicide if presented with immediate danger inside of one’s home, didn’t seem far-fetched.

Mr. Austin went on to arbitrarily dismiss me on the live, informing me that I had my “terminologies mixed up” and that justifiable homicide was not a real thing. Visit S2W’s Instagram page and watch for yourself. The date is June 18–it was a Thursday. At the time of publication of this piece, it was still available, unless it has since been removed. During these sessions, respondents type their questions in for the host to respond to. That’s how my question was relayed to him. There was no tone, and any perception of such was imagined, unrealistic and likely internalized.

I have a legal background and worked at a successful law firm for two years during undergrad. I paid attention, learned a lot and, to this day, still maintain an amicable relationship with one of the criminal attorneys who was a name partner. While I don’t have a Juris Doctorate, I have successfully defended myself against law enforcement in court, before a judge, without the presence or assistance of an attorney.

To Mr. Austin’s irresponsible, ill-informed reaction, I responded that I did not have my terminologies mixed up, and that justifiable homicide is a criminal defense.

Though Austin works in the field of law enforcement, it became clear to me that he was reacting based off of feelings as opposed to facts. As a law enforcement officer, he should be well aware that justifiable homicide is the defense cops often successfully go-to and use to defend their merciless, state-sanctioned killings of Black people. I often find that though cops are indoctrinated to uphold the law, they don’t actually know the law, or the very precepts it entails.

Shortly after this session and our exchange (which was respectful on my part, at least), I began receiving random notifications of my removal from the Shoot 2 Win gun club and all associated forums and groups. I messaged Mr. Austin directly inquiring as to why, but was met with him pretending to not know who I was, then ignored.

Robin Austin would have never handled a male member like this, and I did nothing to be treated in such a manner. I have difficulty believing I would have been blacklisted for posing such an inquiry, being brushed off by someone with a seemingly wounded and tender ego and having my intellect challenged after bringing up relevant points–if I wasn’t a woman. Austin’s “Gundamentals” sessions are allegedly informational and open to questions. I inquired on an apropos topic that he evidently had neither been briefed in, nor bothered educating himself on.

The S2W website states that the club is all about training, development, fellowship and empowerment. Based on the interaction and action I was on the recipient of, that’s not only misleading, but a blatant lie.

I speak somewhat regularly with a member of Mr. Austin’s leadership team (a team comprised mostly of Black women who don’t get paid for their contributions, mind you). I was recently informed that the leadership team questioned him as to why I’d been axed. I was apprised that he scapegoated by blaming a male member of the team for his actions toward me, while feigning other fallacious excuses. This male member stepped in to defend me, though I’d never met him. He and I had only spoken through a S2W online forum. 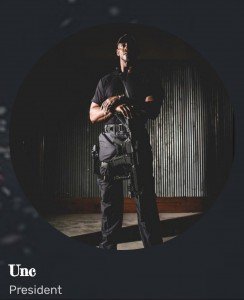 Black women make up at least 60% of NAAGA’s membership. With the culmination of white supremacy, racism and sexism we are continually victimized by, the type of problematic behavior exhibited by chapter presidents like Rob “Unc” Austin is disgusting. The general contemptuous attitude being exerted and exacted against Black women by Black men in groups like these is absolutely unacceptable. Black men decry being oppressed, but readily use the little power they are allocated to subjugate Black women.

In Shoot 2 Win, a microcosm and extension of NAAGA–what Philip Smith built–I would expect for Black women (NAAGA and S2W’s primary base) to be supported, respected and defended against this sort of harassment, bullying, outright pettiness, vitriol and misogyny. 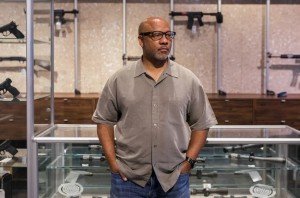 I’m not exactly sure how NAAGA’s president, Philip Smith, ascertains who is or isn’t equipped to start an affiliate chapter, but Mr. Austin’s behavior is completely disreputable, and quite frankly, I’m not certain that someone as reactionary as he should be instructing folks on how to handle firearms or representing a nationally recognized gun club. But the apple doesn’t fall far from the tree. When I spoke with Mr. Smith about my issue, he gaslighted me by claiming he respects women. His reasoning? He has a wife and daughters. You know who else has a wife and daughters? The 45th president of the United States who brags about grabbing women’s genitals and has been accused of rape, sexual assault and sexual harassment by countless women.

Smith notified me of some lackadaisical investigation NAAGA would conduct into Austin’s actions, but failed to take my concerns seriously.

Having a wife and daughters does not immunize a male from directly engaging in or propagating misogynistic practices on behalf of other men. Complicity and compliance are silence. It’s worth noting that I had to contact Phil more than once after he confirmed he’d follow up with me.

In a previous interview, Philip Smith once stated of NAAGA, “We have folks from every walk of life. Black doctors, gay, straight, Republicans, Democrats. You name it, we have it … We’re not monolithic in why we’re all here. We have different reasons.”

It does seem, however, that NAAGA is monolithic in their endorsement of misogyny and championing the rejection of valid concerns put forth by the very Black women keeping them afloat.

Rob Austin’s ego is an impediment to women learning and further educating themselves on the fundamentals of firearms and gun ownership in general. One should look forward to learning, but it’s nearly impossible when the firearm club “president” has an ego the size of China and is parading around like some sort of shooting despot.

While Shoot 2 Win arbitrarily discards Black women for asking questions and asserting themselves, it appears that they gladly welcome white members. If that’s not adjacent to anti-Blackness, I don’t know what is. NAAGA isn’t particularly known for being pro-Black, but one thing is for certain–being anti-Black woman definitely makes you anti-Black. 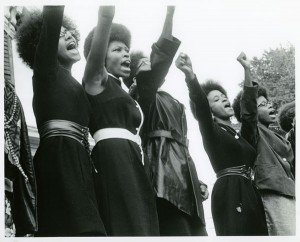 I’m publicizing my experience with Shoot 2 Win Charlotte and the National African American Gun Association because Black women are subjected to various types of abuse from innumerable sources on a daily basis. We often don’t speak out against it. Instead, we endeavor to overlook it for what we’ve been duped to view as the “greater good”. Therefore, we continue supporting the organizations who denigrate us despite them disrespecting us and not having our backs.

I refuse to stay silent about my experience.  I do not want to be readmitted to Shoot 2 Win and have apprised Philip Smith of this fact. My interest in paying monthly dues to be subjected to implicit and conscious bias and microaggressions is nil. Robert “Unc” Austin’s knowledge, professionalism, training and attitude are unequivocally lacking.  Most importantly, his errant, egomaniacal behavior needs to be addressed and the chip on his shoulder, mitigated, before he alienates other Black women from spaces where we should feel welcome and safe. Spaces where we are free to respectfully speak our minds and ask questions without someone like him attempting to diminish and undercut our intellect with his blatant bullying, ignorance and misogyny. There are so few of these spaces to begin with.

NAAGA president, Philip Smith, may not hold his chapter “leaders” to any sort of code or standard, but I sure as hell won’t sit idly by while he hits the snooze button to silence Black women.