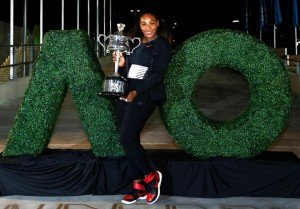 Unless you’ve been scavenging the bottom of the garbage patch that is the Pacific Ocean, you know that Serena Williams recently announced that she’s pregnant. By her F-I-A-N-C-E.

Now a question. Rhetorical, of course. How many children do the Black self-appointed kangs of America*–who are very angry with the soon-to-be-married Ms. Williams right now, mind you–have? And by how many different women? That they haven’t supported in ANY type of way–emotionally, psychologically/mentally, financially, physically? And the mothers of these children…how many did they marry, or even plan to?

Meanwhile, you Black kangs so outraged that a goddess of Serena’s status and stature would marry a white man continually support artists like Future**. Future raps about stupid shit like taking million dollar showers and once publicly labeled the mother of ONE of his children a “bitch with control issues” on social media. He was mad because he was behind on child support, and Ciara was taking him to task for it. But ALLLLL of us know good and damn well this fool wasn’t utilizing any of the funds you so graciously allotted him through the purchase of his fuckshit artistry responsibly to take care of his kids. He was using them to support his handbag and jewelry addictions.

That being said, I’m merely here to impart some common-sense wisdom: Focus your energies on more important first-world problems, and be mad at Future pulling a Bernie Madoff with your money, instead. Don’t be mad at Serena for finding happiness. 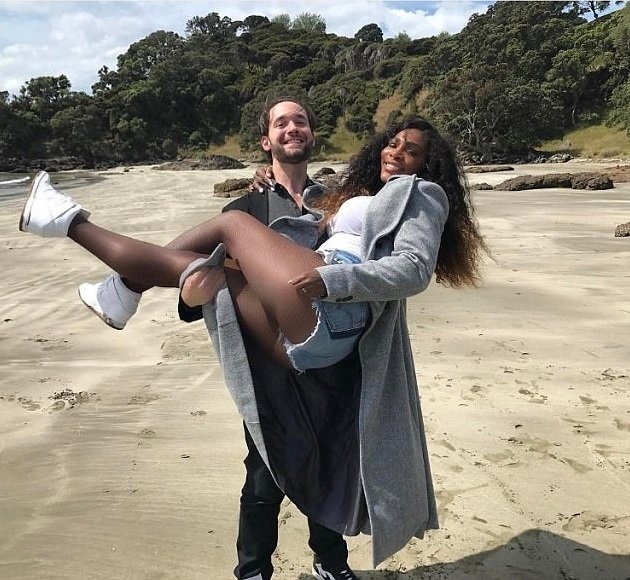 Because while you (and Drake) are losing sleep over this, Serena’s not. Rest assured…she won’t have to chase her “babydaddy” to the ends of the earth and back, or take him to court, for any duckets. Not because she has her own money–NTM her love is a millionaire, too–but because he genuinely seems to adore, cherish and respect her. Just maybe, she’s found a man who doesn’t predicate her beauty on the size of her ass and how well she can twerk (and she’s daaaaaamn good) but the size of her heart and what’s in her brain. Her beauty is certainly nothing to scoff at, either, though.

On the other hand, Future is dusty as hell and needs to call Iyanla Vanzant to fix his fucking downward-spiral of a life. And so do the Black kangs–or kangs of comedy as I like to refer to them–who are salty at the champion of twenty-three grand slams, one conquered withchild, for becoming pregnant by a man who wants to marry her. Who just so happens to be white.

I don’t give a fuck if your favorite athlete has six rangs, a stadium AND library named after him, and is sitting at the right hand of God at the pearly gates erasing names from the Book of Life. He didn’t win any damn thing while playing the role of human incubator housing a tiny person inside of him. Your bros might be cool as shit and all, but ain’t noneadem done that, ese. Trust.

While we’re on the topic, final question. Promise. Any’a y’all dudes mad at Serena’s daddy for marrying a woman 37 years his junior and having a toddler well into his 70s? Yeah, I didn’t think so.

*The Black Kangs of America are a new-age cult, y’all. I swear.
**Future is a synonym for “fuckboy”.