you me and he

🎶 You, me…and he, what we gonna do, baby? 🎶
.
I watched the now infamous Red Table Talk, and I had thoughts in no particular order.
.
Does August Alsina have an album coming out? As a matter of fact, he does. Well, did. A friend confirmed he debuted a new project the last week of June. This dude is the poster child for messy boots mantrums. More on that later.
.
J & Dubs made it clear they were SEPARATED at the time of Jada’s “entanglement”. Separation typically means a couple is headed for DIVORCE. Jada could do whatever she liked during this period. What is the motherfuckin’ problem?
.
How come all of a sudden everyone wants to forget the rumors you know we’ve ALL heard for years–that Will and Jada have an open marriage. Y’all got Corona AND amnesia? I find it ironic that when a woman is publicly alleged to have had some sort of tryst outside of her “official” relationship, there’s a crucifixion coming. Yet, I constantly see men rooting for all types of triads consisting of two women and one man. Your misogyny is showing, and it’s still disturbing and entitled. Knock it the fuck off. 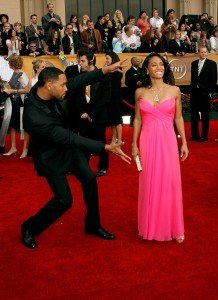 .
Will looked like he was fitna cry the whole segment. Scratch that. He looked like he’d been crying the entire night before.
.
We WILL NOT just gloss over the part where Will told Jada he would get her back and she shot back, “You already did”. Again. We’ve ALL heard the rumors of their alleged open relationship and about his lil’ flings and whatnot with costars. Please. Negroes are always butthurt when they UNEARTH that women can do indiscriminate hoodrat thangs better than they can when we put our minds to it. Stay mad, boys. But don’t let that pressure get too high.
.
Don’t be mad at Jada because Will makes his sidepieces sign NDAs.
.
NEWSFLASH. This is marriage. The people with all this commentary have absolutely NO idea what goes into it. Marriage is HARD. I have SEEN people that I know, love & am close to WORK THROUGH shit behind closed doors when they should have left. They kept on loving and taking abuse. The individuals on the receiving end of this abuse, infidelity and Lord only knows what else were usually WOMEN. That being said, though not everything involves abuse, marriage is between the TWO PEOPLE BETROTHED. I fail to understand why August Alsina even brought this up in the first place. Jada plainly stated in the interview that this happened approximately four years ago. Why bring it up now? In 2020, of ALL the years? I’m seriously side-eyeing the manboy that is August Alsina. I need him to have several seats because he didn’t have to say anything. At all. It’s weird and outright attention-whorish. Clearly, he felt washed up and needed publicity or something for his new album. His handlers should have advised him that wasn’t the way to glory.
.
Jada WILL do it again if Will eeem thinks about trying anything. Because you already know his EGO is in the toilet. Will should practice genuflecting to Jada.
.
And that’s all I have to say about that.